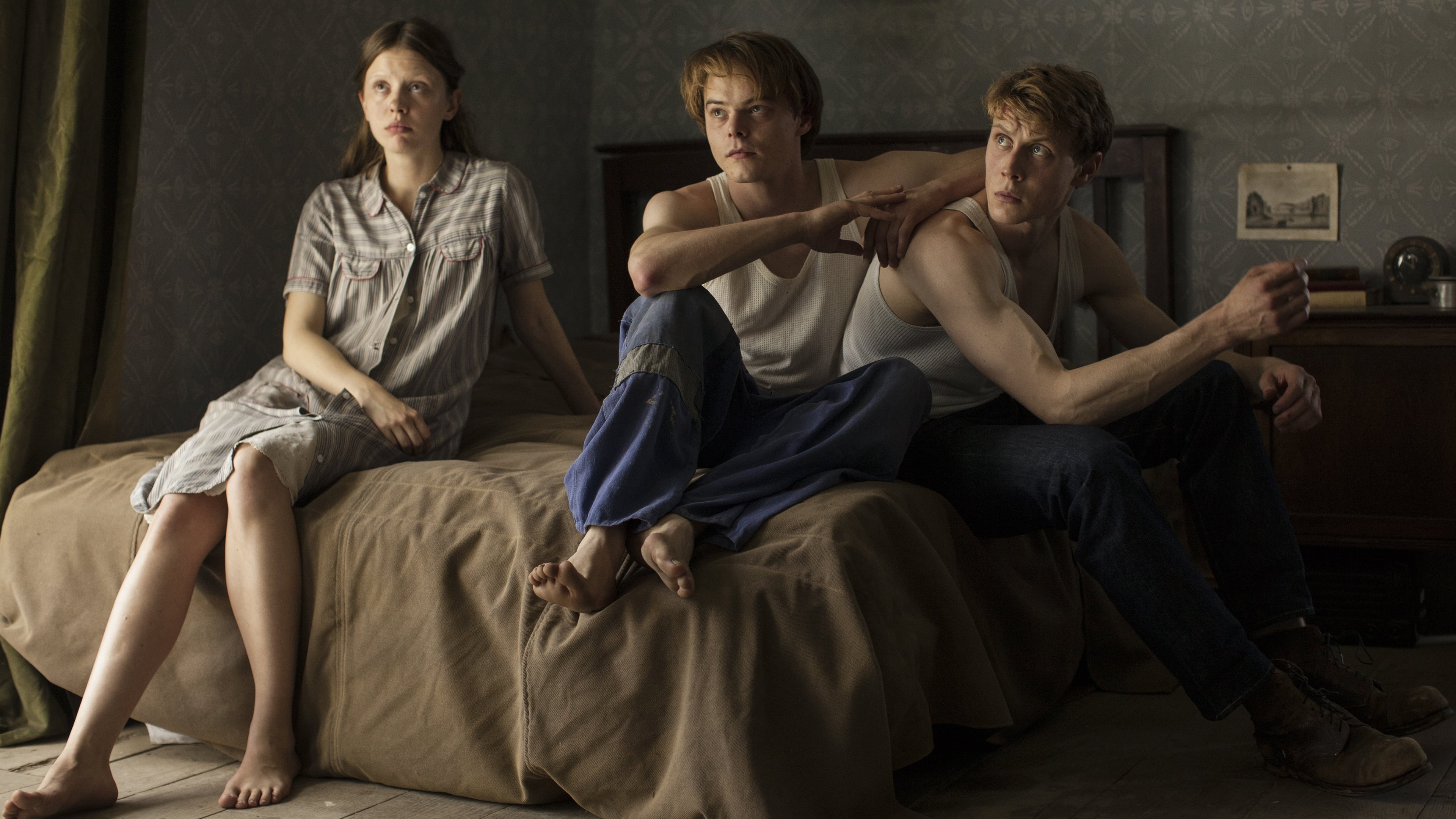 No one will ever separate us.Oct. 27, 2017Spain111 Min.R
Your rating: 0
8 1 vote
DramaHorrorMysteryThriller
what going on?

Finally, leave the old life behind, the sad memories, start all over again somewhere else! When Rose Marrowbone ( Nicola Harrison ) moved to her old family house in the USA with her four children Jack ( George MacKay ), Jane ( Mia Goth ), Billy ( Charlie Heaton ) and Sam ( Matthew Stagg ) in 1968 , then in the hope that now everything will finally be fine. In fact, the family quickly feels at home in the wilderness, also thanks to the librarian Allie ( Anya Taylor-Joy) she runs into. But they soon find out that they cannot easily escape their past – all the more so when Rose dies and the four siblings now have to look after themselves.

So far, Sergio G. Sánchez has primarily appeared as an author. For example, the Spaniard wrote the scripts for the films The Orphanage and The Impossible, directed by his compatriot JA Bayona . Just writing stories for others was obviously not enough for him in the long run. And so, after various smaller projects with Marrowbone, Sánchez dared to make his own feature film for the first time, which he directed himself and thus brought his vision of the events onto the screen.

He stayed true to the genre film on his debut. Marrowbone is even a very classic genre film. Whether it’s the family fleeing the past in the wilderness or the old, somehow eerie country house, the floors of which start to creak when someone just looks at them – this is a very familiar setting that the Spaniard is in there sets. And later, too, he will keep adding set pieces from the horror area that seem so familiar that you might think you’ve been here long ago. But that doesn’t necessarily have to be a shortcoming, some things are proven for good reason. Especially since Sánchez showed an eye for beautiful pictures on his first visit to the director’s chair.

The house itself is, for example, a showpiece of the haunted house subgenre: nooks and crannies, gloomy, opaque, with a thick sense of old history. As a contrast, he incorporates scenes from an idyllic landscape, which also seem to be out of this world. Marrowbone reinforces this feeling with slightly fairytale elements, for example when the siblings are not only part of the story, but also record it in a wonderfully old-fashioned diary. Together with the great young ensemble – George MacKay ( Captain Fantastic – Once Wilderness and Back ), Anya Taylor-Joy ( Split ) and Mia Goth ( Suspiria ) – that promises a lot.

The film doesn’t really keep this promise. For one thing, relatively little happens that meets the demands of horror fans. It is true that it is suggested again and again that dark, inexplicable things are going on in the house. But these hints remain. Now a horror film doesn’t have to constantly incorporate jump scares to create tension, no matter how much mainstream cinema claims it. Marrowbone falls a little too much in love with the setting and the atmosphere, and likes to stay on the spot. At 110 minutes, the title is the one at the Toronto International Film Festival 2017Premiere celebrated, simply too long, tangled up in too many secondary threads that it would not have needed at all. For example, the scenes around the lawyer Tom ( Kyle Soller ) are unnecessary, overloading the story more than it is good for it.

More interesting are the complicated relationships within the four siblings, which repeatedly push the contribution from the Fantasy Film Festival 2018 in the direction of family drama. But the narrative structure is also a bit unusual. Basically, Marrowbone already follows the chronology, but skips incidents that we only learn about later. What seems clear at first, is not later, some of the numerous puzzles have an unexpected solution. It’s actually a little bizarre what Sánchez has put together. Even if you might have hoped for more from the film, at least given the talent of the artists involved, this somewhat different representative of haunted house horror is certainly worth a look.