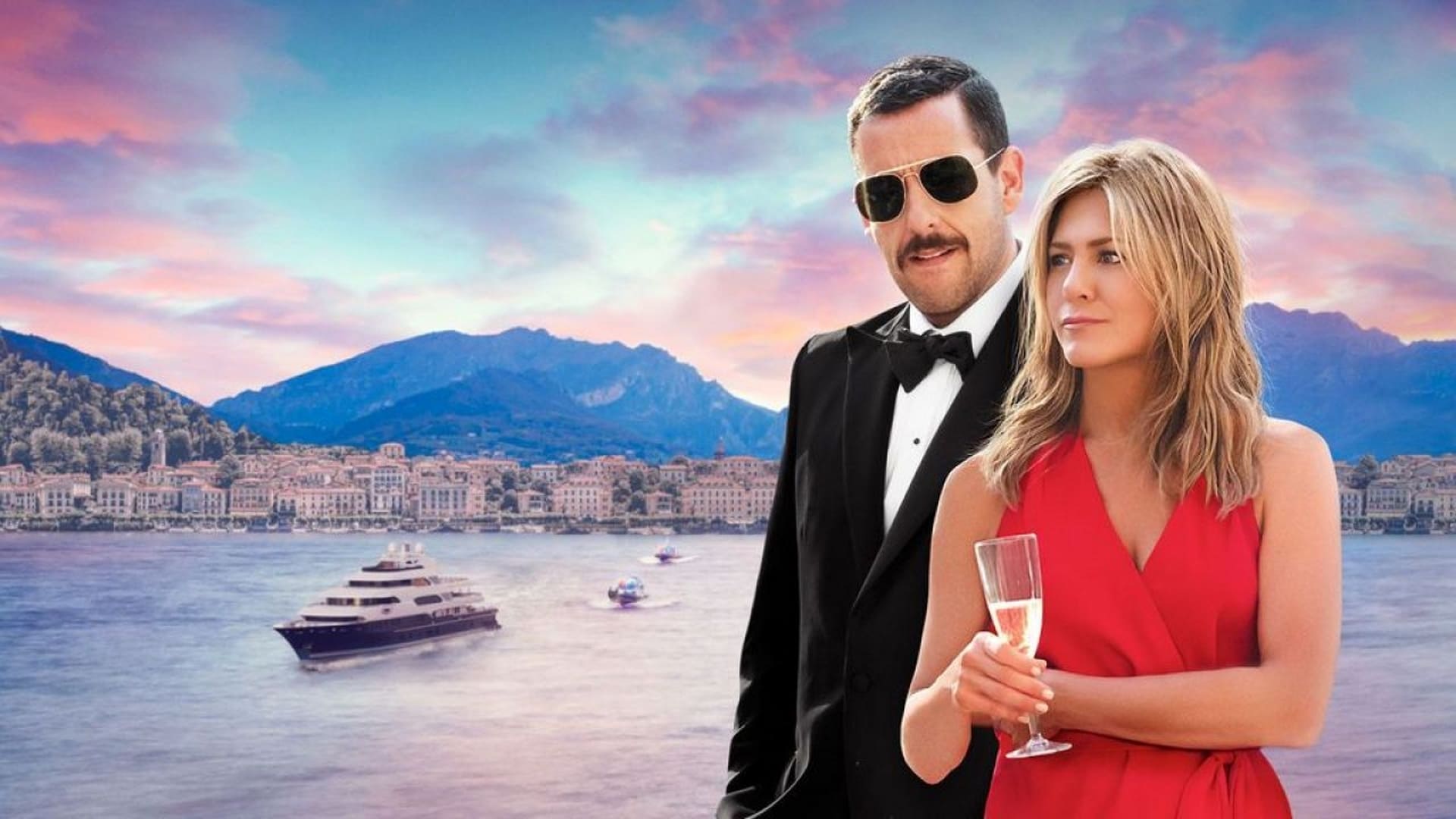 But it was about time: For far too long, New York police officer Nick Spitz (Adam Sandler) promised his wife Audrey (Jennifer Aniston) that they would take a real vacation. A honeymoon, for example, wouldn’t be wrong after 15 years of marriage. So it is a good thing that they meet Charles Cavendish (Luke Evans), who invites them to a luxurious yacht. What is less good is that the billionaire Malcolm Quince (Terence Stamp) is murdered there. And it won’t stay with that one corpse. It’s doubly uncomfortable for Nick and Audrey. Not only are they suspected of having committed the murders, the real killer is also targeting them.

It’s been almost exactly seven years since Murder Mystery was first announced. A lot has happened since then: the director, cast, yes, even the distributor have been replaced in the meantime. So now it is Netflix who are trying their hand at the crime comedy. It’s obvious, the collaboration with Adam Sandler seems to be going well for both sides, and there are already a number of joint projects. The film was not directed by the comedian, but by Kyle Newacheck, who gave us the unforgivable Game Over, Man! has done. And a look at the script credits doesn’t bode well either: James Vanderbilt. Because he has such pearls asWhite House Down and Independence Day: recurrence written.

Unsurprisingly, Murder Mystery didn’t turn out to be the hit comedy we’d been hoping for. At the same time, there are elements that would have been predestined for upscale pleasure. A number of international stars cavort in front of the camera, the equipment is noble.

However, it doesn’t help much either. Instead of consistently picking up on the peculiarities of the crime genre and reducing them to absurdity, as, for example, the classic A corpse for dessert did, there are only flat, old gags here. Taking typical scenes from crime fiction or thrillers and just putting them in a comedy doesn’t automatically make the scenes weird. Neither when protagonists behave awkwardly. However, Vanderbilt didn’t think of much more than that, the duo runs through the area, always looking for clues or because the unknown killer is after them. It’s fast-paced, but not necessarily exciting.

If Dany Boon (Die Sch’tis in Paris – A family on the wrong track) turns up as a rather idiotic policeman, the point of predictability is reached. Each actor was selected for the role that corresponds to his type anyway. Murder Mystery does not dare to go against the grain and stray too far from the templates. Well, not every comedy has to be subversive. The parodies of Mel Brooks weren’t exactly that either, they enjoyed their own silliness. But not even for that here, you rarely get the feeling that the actors at least had fun doing it.

That doesn’t mean that this is all terrible. Especially in the Netflix environment you have to endure much worse comedies, every now and then there is even a reason to smile. The biggest annoyance with Murder Mystery is how superfluous the film is, how little it gets out of everything. The talented actors have nothing to do, the long-term project is of no use as a crime thriller anyway. The investigations are just as arbitrary as the bad thrillers, but without developing punchlines from them. If you really need a new crime comedy, take a look, there are seldom alternatives worth mentioning in this area. The world wouldn’t necessarily have been poorer if the project had been crushed in the end.